About us
WE’RE NOT JUST STAFF.
WE ARE FAMILY.
Join our family

ALC Home Health is locally owned and operated in Miami Dade and Monroe Counties in Southern Florida. Our company is based on the highest ethical standards. Our team of professionals have been treating patients and helping families with compassion since 2005. We understand our patients’ needs because we are proudly part of our community. Unlike hospital agencies, we are completely independent. That means we have to earn recommendations from our patients and their physicians by providing exceptional care. Our exceptional reputation keeps us in business. Our fully dedicated staff consists of corporate and direct patient care professionals. Our entire staff is companionate, very knowledgeable and works together to accomplish our main goal of enhancing the quality of life of our patients. The team has over 50 years of combined health care experience and have all licenses, certifications, background checks, and degrees required by federal, state, local, and industry respected agencies/organizations, which allows us to simply provide only the best services to our patients and their families.

Our trustworthy ALC pre-qualified team members include but are not limited to:

Our mission & promise to you!

Get to know our leadership team 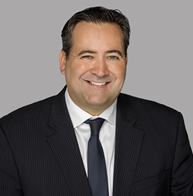 Rolando has been a business owner and executive in the healthcare industry for over 20 years.  Throughout that time, the businesses have successfully treated over 100,000 patients, have employed thousands of healthcare professionals in 48 states nationwide, and have generated well over $250,000,000 in gross revenues.  His companies vary in specialty healthcare areas including: Federal Government Health and Dental Care Contracting/Staffing/Management; Home Health Care; Primary and Specialty Care Medical Centers; Management Services Organization; Durable Medical Equipment; Assisted Living Facilities; Health Care Consulting; and Community and Behavioral Health.

In addition to Rolando’s healthcare experience, he also owns and operates companies in the real estate, financial and lending, and general business consulting industries.

Rolando is enormously passionate about ensuring that all patients receive the best healthcare and commitment possible.  He is considered an expert in healthcare, and enjoys finding ways to improve overall patient care and healthcare as a whole.  Rolando’s philosophy is that every patient matters and is to be treated like family.  In every one of his companies, every patient and family receive a customized care plan that includes receiving the highest quality of health care; getting the full support and resources from the company; being treated with dignity and respect; and most importantly, being treated with love and care.

Raymond Rodriguez-Torres was born in Toledo, Ohio and raised in Miami, Florida. When he was 9 years old, he read the words that would guide his life forever: “God’s Gift to you is who you are; your gift to Him is who you become.”

Raymond has enjoyed a successful career as an executive for a variety of large global organizations. He has served as a consultant to the former First Lady of Panama, the former First Lady of Venezuela, and the former President and First Lady of Honduras among others. Raymond has managed sales of over $300 million and directly led a team of over 150 people. Raymond has held positions in sales, sales leadership, managed care, operations, reimbursement, distribution, and government affairs for: Sanofi-Aventis, Hoffman-La Roche, Genentech, and Ther-rx corporation/Lumara Health.

Raymond began his undergraduate work at the University of Florida and holds a Master’s Degree in Non-Profit Management from Oral Roberts University, where he graduated with honors. Raymond was awarded the prestigious “Outstanding Master’s of Management Student Award” out of 700 students by Oklahoma’s highly regarded ORU School of Business. Raymond is a member of the American College of Healthcare Executives and The American Society of Health System Pharmacists. He is listed in Who’s Who in Executives and Business and Who’s Who Among Top Executives. Raymond received his Professional Proficient Coaching Certification from the University of Miami and is a member of the International Coaching Federation.

Additionally, Raymond is the author of “12 Principles to Walk in Victory” audio workbook available on iTunes™ and the book entitled “Why Not Me?” published by Westbow Press in July, 2010. Why Not Me? Peaked at #4 on Amazon’s Top 100 Hot New Releases. The Spanish version of the book “¿Por Que No Yo?” Peaked at #1 on Amazon’s Top 100 Hot New Releases. In 2007, Raymond’s then four year old daughter Bella suddenly became paralyzed and diagnosed with stage 4 Alveolar Rhabdomyosarcoma. In his book and in his inspirational talks, Raymond recounts the miraculous story of courage and strength as Bella overcame paralysis and cancer when it was never thought possible. Raymond is a highly acclaimed speaker who was recently complimented by the former CEO of a FORTUNE 100 company as “The most inspirational speaker he’s ever heard.”

Raymond enjoys serving his community and believes “That to he that much is given, much is expected.” Raymond holds the title of Sir Knight in the Knights of Columbus and has served as the Lecturer of his council. Raymond was recently awarded the prestigious “12 Good Men” Award by Ronald McDonald House Charities among many others.  He additionally serves on the board of St. John Neumann Catholic School and Our Lady of Lourdes Academy.

In his leisure time, he enjoys spending quality time with his family and fishing. 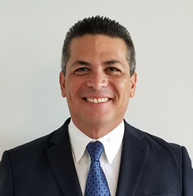 Giovanni has been delivering healthcare services to our Miami-Dade County community for over 23 years. Throughout his career, he has developed his skills in various areas. He has worked as a Nurse providing direct patient care, and as a Case Manager providing cost-effective positive patient outcomes. He has also been a Business Developer connecting health care providers and foreseen trends to deliver excellent patient care. He is a leader in Home Health, Durable Medical Equipment, Skilled Nursing and Long-Term Care Centers, Infusion Specialty Pharmacy, Physician Practice Management, Medical Diagnostics, and Management Service Organization.

Giovanni has played a key component in each company he has been a part of, in exponential revenue growth, by providing expertise and bringing networks of healthcare providers together to deliver extraordinary patient outcomes.

Giovanni attended Miami-Dade County Public Schools and served a total of 8 years in the US Army and US Army Reserves. He graduated from the Academy of Healthcare Sciences in Ft. Sam Houston, TX as a Practical Nurse. His last rank held was E-5 Sergeant.

Giovanni developed a passion for helping others at a young age. His driving force is his family and beliefs.  Through his hobbies and love for exploring the outdoors and nature, Giovanni is always thinking of ways of helping our community through volunteering and participating in fundraisers. 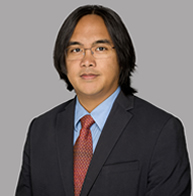 Jevon has been working in the healthcare industry for over 12 years. He has worked in a variety of roles ranging from healthcare management, healthcare simulation, home health-based nursing, hospital-based nursing, and also served in academia teaching a variety of undergraduate nursing courses. Jevon remains passionate about pediatrics making sure all patients and families receive the highest quality of care possible.

Jevon holds a Masters of Science in Nursing Administration / Executive Leadership degree from Barry University, where he graduated top of his class with a perfect 4.0 GPA in 2013. He was also the recipient of the Community Impact Award and the Dean’s Award, the highest award bestowed to a graduating nursing student for scholarly achievement, leadership and community service in 2007. In addition to graduating with honors, Jevon also served as the President and Mentoring Chair for the Barry University Nursing Student Association where he led the largest delegation of nursing student leaders in both the state and national conventions. He is currently a member of the Sigma Theta Tau International Honor’s Society for Nursing – Lambda Chi Chapter, and also enjoys a lifetime membership with the Delta Epsilon Iota Academic Honor’s Society.

In his leisure time, Jevon is an active musician and can be found playing live music in different venues in Miami-Dade and Broward County. A multi-instrumentalist proficient in guitar, bass, piano and keyboards Jevon currently plays bass and vocals for Miami-based local band The Acoustic Muffins. 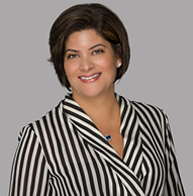 Mailyn is a highly decorated veteran of the home health industry with over 21 years of experience. She has an undying passion for ensuring that patients receive care at home with the utmost compassion and clinical expertise.

Prior to her 14 years in the home health arena, Mailyn served in a variety of leadership and administrative roles with physician practices and integrated healthcare delivery networks.

Mailyn is a founding member volunteer of the Live Like Bella Childhood Cancer Foundation and has a passion for eradicating this disease and advocating for children with cancer.  Mailyn is married and has been blessed with three children.

In her leisure time she enjoys spending time with her family and traveling.